The World as I see it

The Mound of the Dead 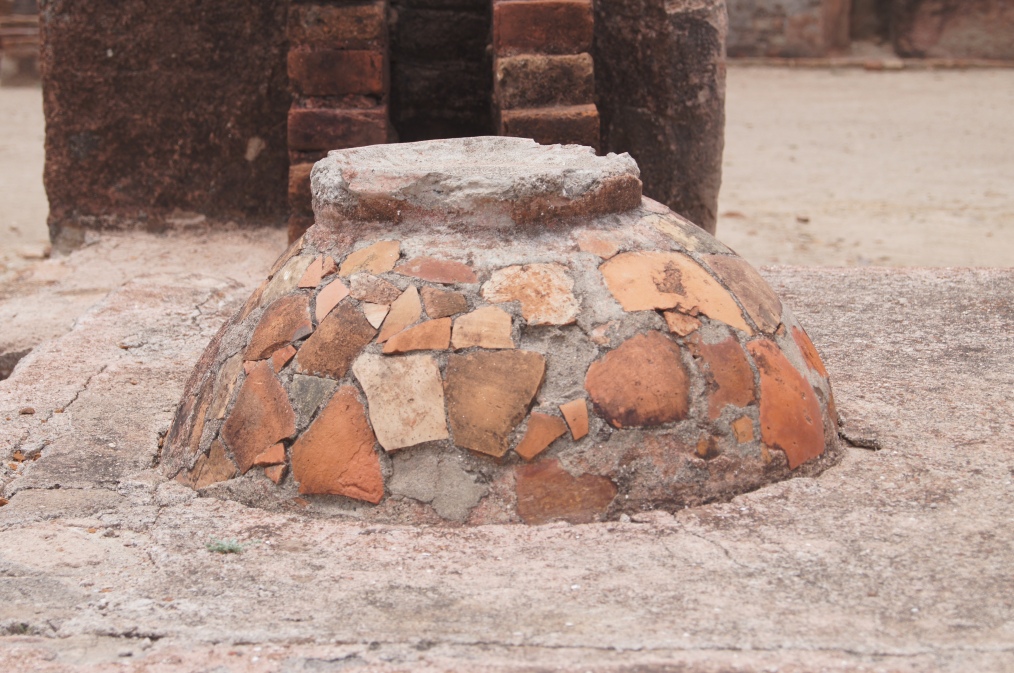 Standing on this barren land, when you look around yourself the first word that comes to your mind  is ‘Impossible’, You are struck not by the natural charm, architectural marvel or aesthetic value of the place; you are instead filled with respect for the people who blessed this middle earth with their presence 4000 years ago.

During my recent visit to Ahmedabad, I got the opportunity to visit a tourist spot, which is unique in some sense. I visited a port of the Harappan Civilisation. And man! I truly realised that 4000 years ago, the people living here were geniuses.

Well, journey to this place is not very comforting. We (I and my friend Subhradeep) boarded a metre gauge  passenger train from Gandhigram station of Ahmedabad to a village called Lothal Burkhi. For me – current resident of West Bengal – it was a weird experience to find the passenger train to vacant (all through the journey I thought of Lalgola Passenger). The pace of the train was, to say the least turtle paced (or snail paced?). I however liked sight of rural Gujrat on the way. At the station, we faced the most serious of our problems – language. We had to hire a ‘motorised vehicle’ (I can’t find a better word for it) to Lothal and the driver was speaking gibberish. After 15 minutes of mutual exchange of words and gestures in which neither of the parties understood anything, we got a mediator and finally managed to strike a deal for Rs.200 (We were badly buffed but I won’t go into details of that). After 15 miutes of Kuchcha road adventure, we reached the most barren tourist spot of my lifetime.

Lothal is a actually a small area with remanents of some buildings. It was a port city of the Harappan so it contains a large water dock. Historians say that 4000 years ago there used to be a small stream of water which connected the place to the Arabian sea. This was one of the docks used to trad mainly pearls to central Asia. 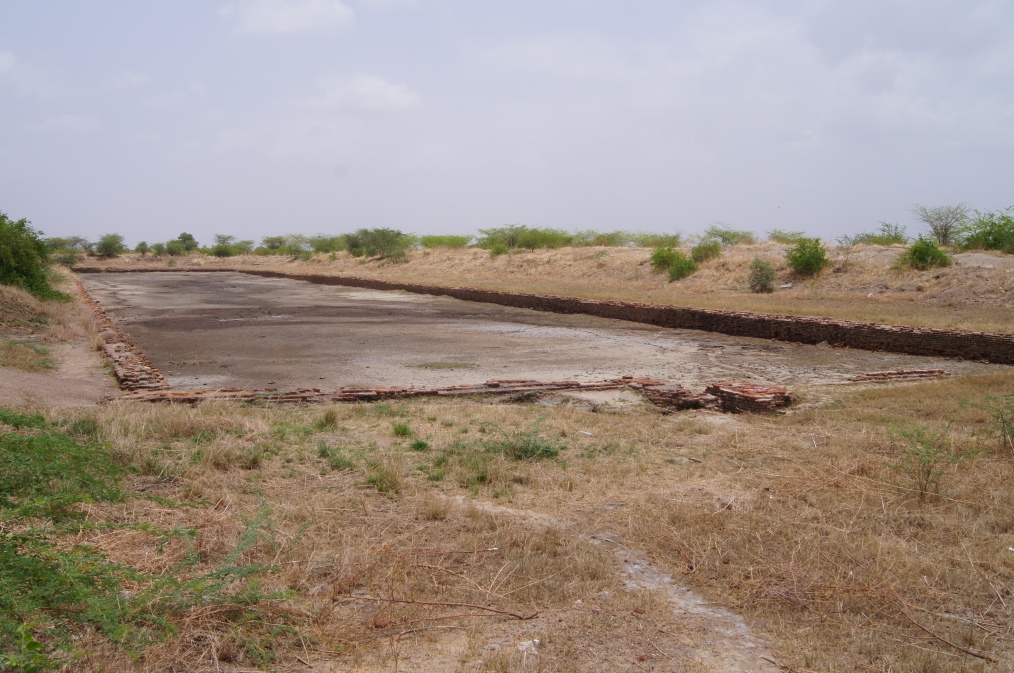 One of the most amazing things about the structures there is the extensive use of bricks. Yes they used bricks and not stone for their construction. Moreover the bricks were  plastered so brilliantly that they have stood 4000 years of heat and rain.

The first thing you see in the city area is the Acropolis, built on elevated grounds with stronger and larger bricks. Next comes the crematory (in my opinion, the actual Mound of the Dead). Historian believe that Harappans did not worship idols; however a weird structure attracts the attention of the visitors (an the historian). It can be thought of anything like a statue or a tower. Hence speculations persist on it being a deity.

Next in line was the lower town, the large area with buildings all around. The brickwork which amazes you become more extensive and complex. On the peak of complexity lies the bead factory, the workplace of the tradesmen of the era. Plus you would find water wells all around; the extensive network of the world famous sanitary water management. 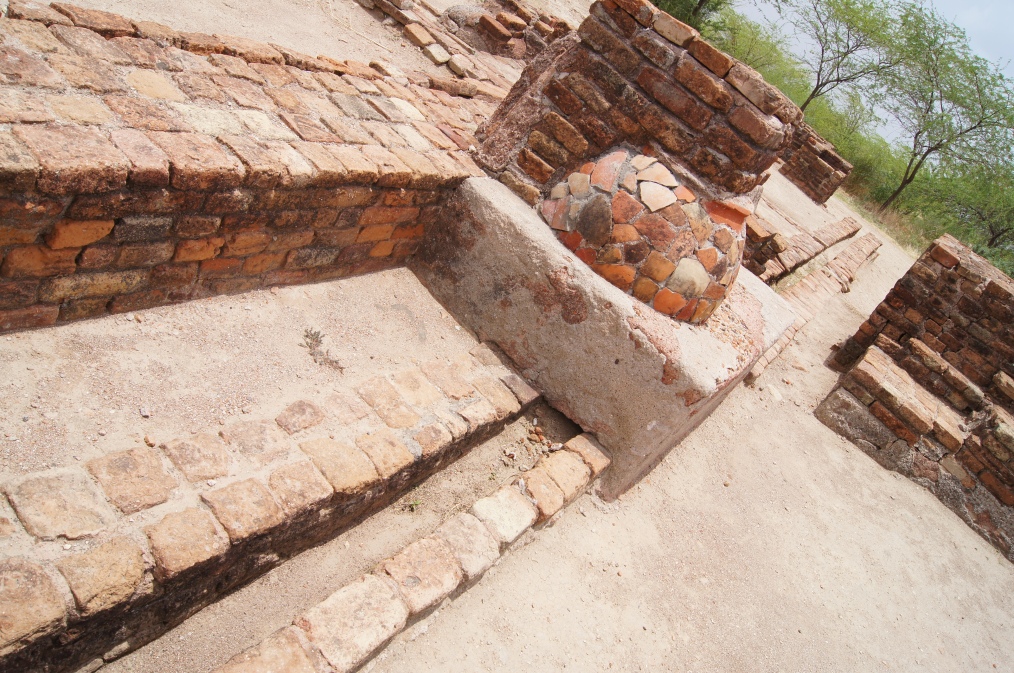 Walking through the city, I could feel the geniuses around me. On visiting the museum nearby I could feel them talking to me. Showcased there were finely cut and polished pearls, the toys, the things of daily use. I could see the unicorn in their seals and coins. The accurate system of weights and measures.

But then after the visit, I felt ‘Why did they have to go?’ Historians list the possibilities as a famine (as they did not seem to farm), a fierce battle (as they did not possess many weapons) or earthquake to be the possibilities. They were great men who even replicated their knowledge in writing; but we the denizens of 21st century fail to understand their language. What a pity!

According to me, the place is a must see. You might have seen the silver linings of the mountain, the blue depths of the shore, and many historic architectures, but take my word for it, there is someone waiting for you in the Mound of the Dead

Rejoicing the joys of life! Theoretical Physics Researcher at the University of Sheffield. Adoring the beauty, wonders, and structure of the universe.

11 thoughts on “The Mound of the Dead”